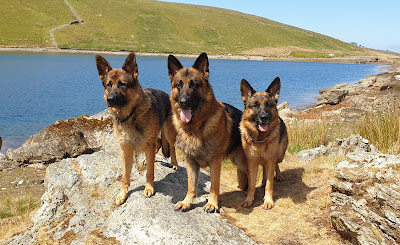 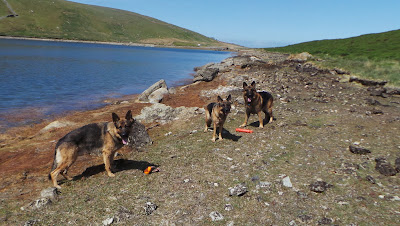 Cwn Dulyn was at the lowest I've ever seen it. The water usually comes up to the grass footpath, and the far side was empty. The waterboard have machinery and pipes there so no doubt somehow they will soon fill it up again .. but where do they get so much water from?
It was a first trip to Cwm Dulyn for Orin today. He liked the water, but he was not ridiculously excited at being there like Ross was. I decided to take him with Loki as he's calmer than Ross who would have probably unintentionally drowned him! After Ross I do find Orin a very laid back puppy, there is not a lot of go in him .. except when I'm watching Eastenders! 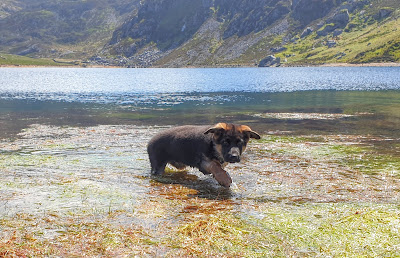 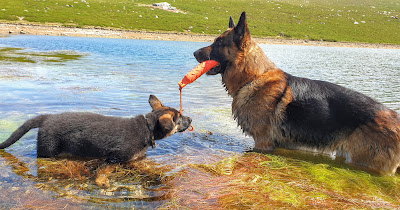