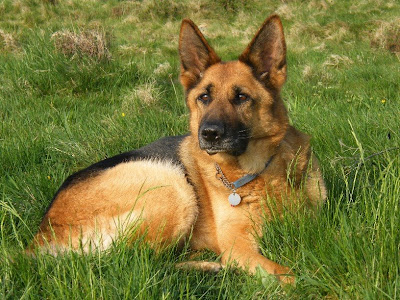 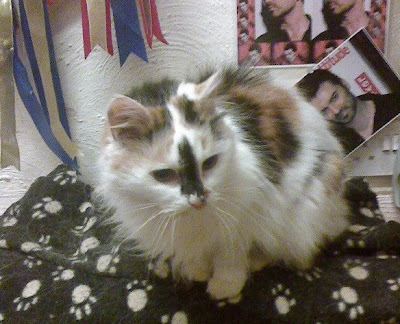 Lux, then named Lucky, came to live with me in March 1992. Her elderly owner was going into a retirement home and couldn't take the nervous skitty young cat with her. I was living in a flat with Blade and Pepsi and had been looking for a house cat to complete my family. I really didn't like her name but she responded to it so I left it, gradually over the next year or so changing it to Lux.
When I moved in with my ex-husband in November 1992 Lux found she wasn't the only cat in the family, Boots came to live with us and later Jasmine who unfortunetly died of a heart attack before she was 6 years old. I though the move to Fron in 1995 would chance Lux's life as she would now be able to go outside, but really she still chose to spend most of her time indoors just toddling out for a few minutes on the odd sunny day.
Lux accepted the growing family of dogs and cats without any problems and Emi, now 13 years old, was to become her closest friend. Even the stroppy dark tortie Tia usually left little Lux to her own devices.
In 2003 I found Lux on the floor screaming. She was paralysed from the neck down. We immediately got her to the vet who was baffled at her symptoms. She was treated over 3 or 4 days with little improvement and I thought that maybe I should consider putting her to sleep ... Only to discover the litter tray was being used!!! I guess she never re-gained full mobility and found it impossible to jump up more than a couple of feet. Not really a problem for a little one who didn't choose to go out very often!
Over the last couple of years Lux had got very thin, but she ate well and was happy in her world. She choose not to groom herself for the last 6 months or so, but showed plenty of spirit biting and scratching me when I tried to groom out the knots.
This week the vet confirmed that Lux had gone totally blind, her heart was the causing the problem. It was beating too fast causing her blood pressure to be low affecting the flow into the eyes. He said that her colour was good and her teeth where excellent for her age.He was not concerned about her weight and said there may be a thyroid problem but thought that at her age is was best not to stress her with tests etc. He also though that it was best not to give her tablets for her heart as they may affect the kidneys/ liver etc and cause more problems than they where worth. I was delighted with her results, but my hope for the future where to be short lived.
Lux didn't eat yesterday morning but had some chicken at lunch time. Late afternoon I found her on the floor, her nose was bleeding and she seemed disorientated. I thought she had missed her footing as she was still adjusting to her blindness. I put her back in the bed and went to make a cuppa. But when I went back she was on the floor again and circling with her head down. She seemed distressed. I picked her up, cuddled her, did her a heat-pad and put her back to bed. I waited till She settled and then I left her to sleep. A couple of hours later she had the most awful blood filled foul smelling diarrhea. It was all over her and the bed. I cleaned her up, she was very weak and could barely stand. When I put her back to bed she snuggled up and went to sleep. I checked on her at 3am, she was fast asleep .... To be honest I thought she was dying as she didn't react to my touch. I really though she would be dead by morning, but she wasn't. This morning she had her head up but when I lifted her out of the bed she collapsed and was unable to stand. There was more of the foul smelling diarrhea in the bed and fresh blood on her nose. She looked pathetic, awful, and really I had made the painful decision before I got to the vets...but obviously had he given me a glimmer of hope I would have grabbed it with both hands...but he didn't!
Little Lux 17 years is a long time to love and loose...You have been with me most of my adult life. What story's you of all of them could tell...My sweet funny little friend...sleep tight...You Have Been loved
Posted by Tali at 16:22 No comments:

Well, I was feeling a little low and miserable so I looked through some "HOT" pictures to put a smile back on my face. Don't look George...and don't listen either...you may not like it. Then again...You probably don't mind :) So is it ethical to post picture of "THE MAN" with few clothes on? Of Course it is!!! 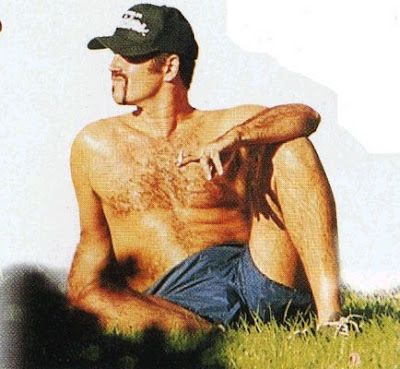 If you don't like it...you can always click your back button or scroll down to see the GSD's. 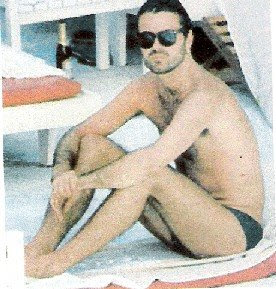 And that is too hot to handle...now I'm really smiling 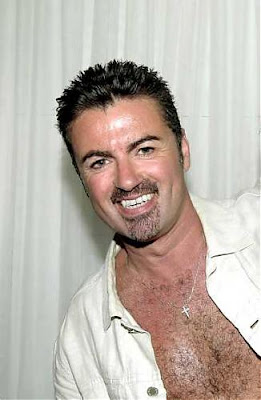 Now I'm in love....sorry George...just having one of my "Moments with you!"

....and so it began..
That was the day that Blanik "A" litter was born.
Rest in peace my darling kids...
"You Have Been Loved." 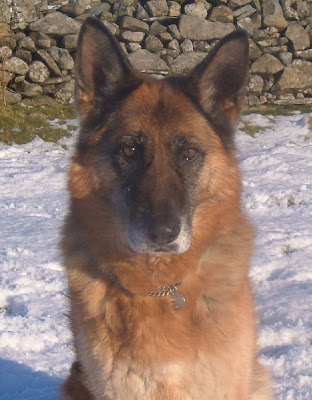 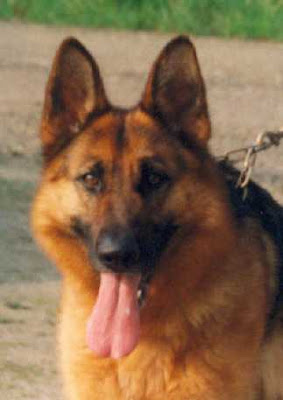 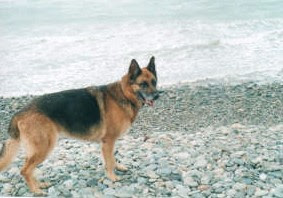 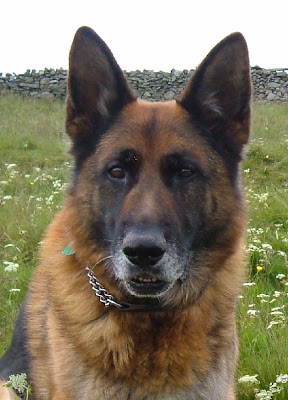 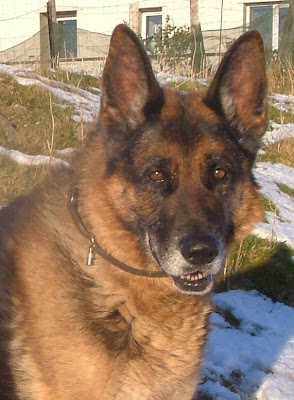 Simba-the last of our friends to leave us 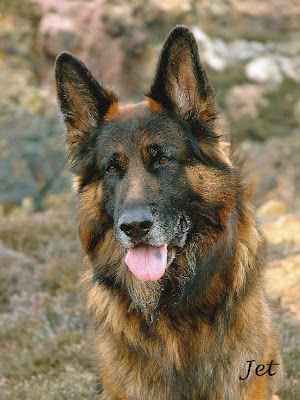 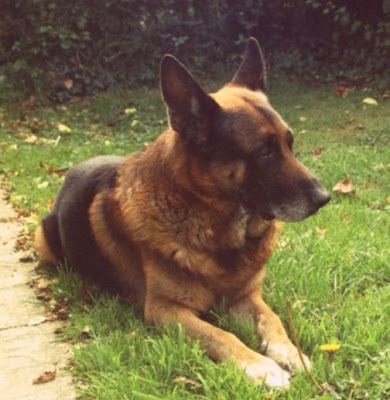 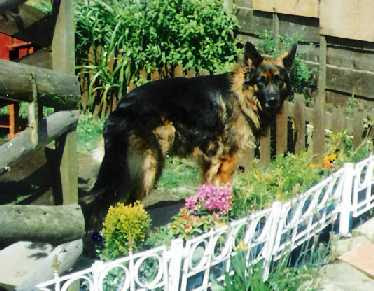 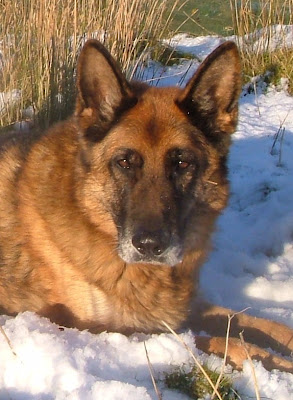 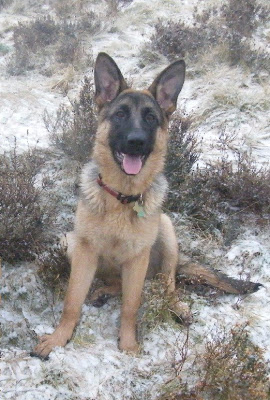 My Asha. Intelligent, alert and energetic My Mr Mikey...Hummm, Cuddly and Lovely 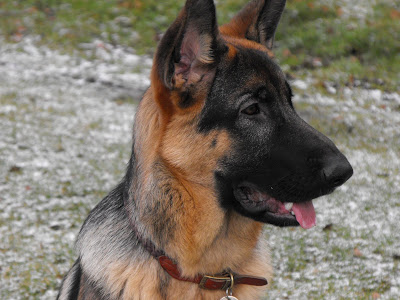 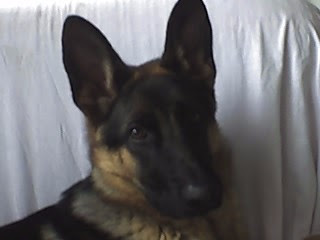 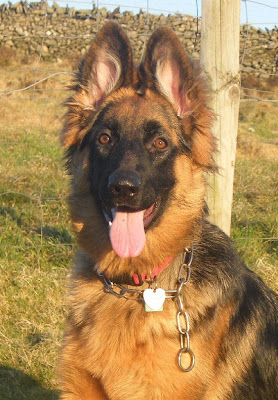 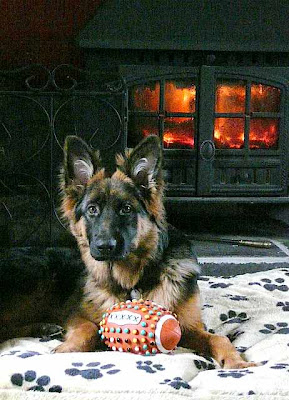