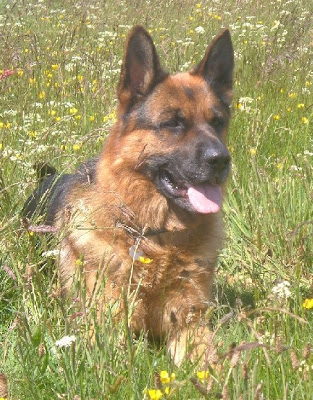 "Tell me, I think that cupid was in disguise
The day you walked in and changed my life
I think it's amazing,
the way that love can set you free.
So now I walk in the midday sun
I never thought that my saviour would come
I think it's amazing
I think your AMAZING"
(George Michael)
Posted by Tali at 19:51 2 comments: 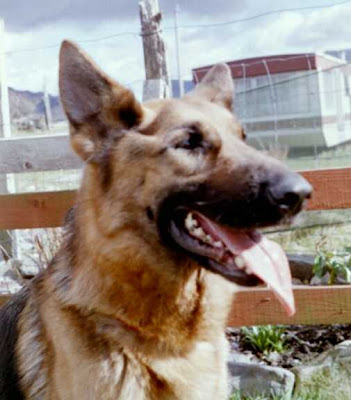 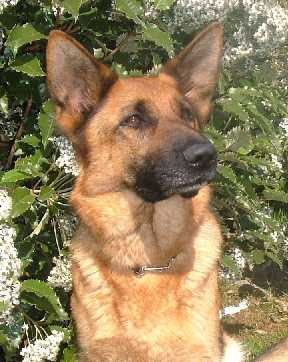 Photos of Kiri during her illness and now in remission 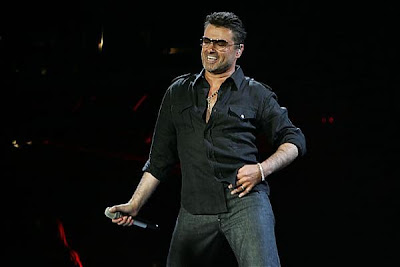 Stick it in a Kennel 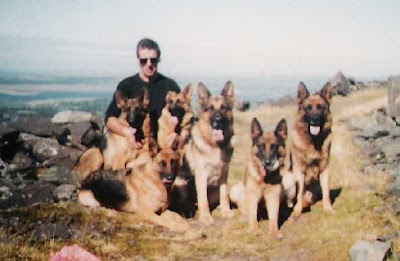 This was the advice given to me when I attended one of my first breed shows in 1992; I refused to do it then and I still refuse to do it now. I don’t consider my views to be extreme, hell I have four kennels and use them daily. Our young dogs spend up to five hours a day in them, whilst I’m at work it seems the healthiest most sensible solution. But the idea of my dogs spending all their days, apart from an hour or two for exercise, in a kennel is a definite no no!
I have dogs because I love them; I have this breed because I think they are simply the best. My dogs are my family, my pets and not just a hobby to take out at weekends and put back in the cupboard during the week, What are they to you? Are the show wins simply a way of boosting your already large ego? Do you come home from the shows, put your Champion dog back in his kennel and sit all evening looking at the rosette YOU won today?
We all agree (don’t we?) that dogs are pack animals, social creatures that thrive on companionship. Is it not therefore unnatural for a dog to live alone, or away from its pack leader? Surely being in a kennel for 22hrs a day is like a severe form of punishment for a social animal. A dog left alone all day must have long boring hours and will do anything to make himself feel better. Excessive barking, tail chasing, pacing and circling, all considered behavioural problems could stem from this boredom. Maybe you should consider getting a garden gnome or two, they’ll be quite happy sitting in the yard all day, and they don’t even need feeding. (Maybe you could start a Gnome club of GB…… If there isn’t one already!)
Our puppies are born in the house and during their 7 or 8 weeks here they hear the Hoover, see the T.V and socialise with the cats; and yes they spend some time in the kennel and some time alone, all important parts of everyday life. What about your puppies, do they ever come out of the kennel other than to be stood or studied for “show potential?” What about the puppy you kept until he was 5months old and decided to sell as a “pet” because he would never make the grade? Did he ever watch Eastenders or get tangled in the vacuum cleaner lead? Now the socialising period is probably over, will he ever really be a confident acceptable member of society?
Having your dogs in the home with you for at least part of the day must surely deepen the bond between you, you learn so much more about the individual by spending quality time together. Also by watching the interaction between pack members I learn daily about my pack’s behaviour. Youngsters learn quickly from older pack members, much quicker than I could ever teach them.
I just don’t get it. What is the point of owning a clever social creature and leaving it out in the kennel all day? If you’ve never had your tea knocked out of you hand, your dinner pinched off the table, a soggy wet nose in your face first thing in the morning or been knocked on your arse going through a door, then consider this; have you ever really “lived with” or “loved” a dog?
This article was written in memory of Nikki (Lledfegin Camri) 1RCC, Breed Survey class 1, Graded “V”. Who always lived in the house, slept in the bedroom, and trained all the youngsters, and was first printed in The German Shepherd National Magazine.
Posted by Tali at 18:47 2 comments: 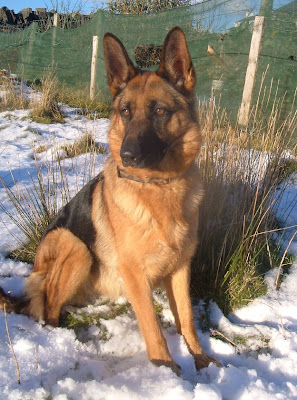 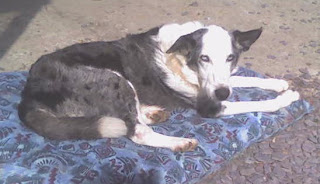