On A Serious Note 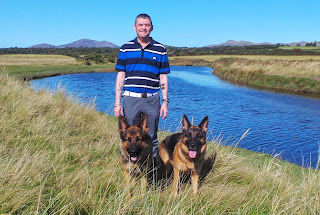 I just can't believe the news I've received this week. Some of you know a friend is recovering well after cancer treatment, scary times for her but now the future is for the taking. Another friend has a huge battle in front of her, a smoker for 43 years she now has cancer in her lungs, liver, kidneys and brain. She knows it's smoking related and the core is in the lungs .. but she does have a chance of recovering.
Sadly no such luck for another friend who worked with me at the Ozanam centre. She's 46 and has been given 10 months ... she too is a heavy smoker. To add insult to injury I've received more bad news this morning. You may recall my post on "I knew The Boy" and my catch up with a childhood sweetheart who was in remission... well sadly now a growth has been found in his mouth, he's waiting to find out what happens next. He's 52!  He never did smoke but was a bar manager throughout most of his working life. Can you imagine what 20 years of inhaling second hand smoke has done to him?
So for the smoker in my life, and I can only think of one that I care enough about to constantly worry about  .. Stop now. Just bloody stop. Stop your excuses they don't mean jack shit to me. We care for you and can not think of seeing you go down this same path. Don't be weak, be strong and determined, do it for you and all the people who care for you ... consider the last one you had to be the very last one ever. It's easy, just say no! 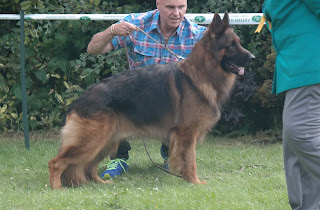 There was shocking news yesterday that a GSD exhibitor had been neglecting his animals. Rumours had started circulating earlier in the year but as the RSPCA were prosecuting everyone was keeping quiet. I must admit I was one sitting on the fence, thinking, "no this can't be true." I well and truly got splinters in my bum and I've been shocked at the photos that have now made it to the public domain. Absolutely disgusting. I can't say this man was a friend, but we mixed in the same circles, he handled, he judged, he bred GSD's ... I always thought he was one of the good guys. The photos of the neglect of his other breed will haunt me, I'll never ever understand how someone who seemed well respected can consider this acceptable. There is no excuse for cruelty.
The RSPCA have now dropped the case, as they do, useless shower of shite, therefore I'm quite within my rights to publish the name and the photos. It's all over social media anyway ... but I've seen the photo and it has upset me greatly, I will give you the choice to see it or not, should you wish to see it then PM me on messenger.
Lovely photo of Zalu with his handler!!!!!!!
Posted by Tali at 11:11

That was so sad to read and just goes to show what smoking can do to you and so glad me and Frank stopped. So come on my smoking friend just bloody well stop and don't say it's not that easy I'm an ex smoker and I did it so you can as well. I'm appalled at the mistreatment of that guys dogs hope he gets what's coming to him

Like Linda said it definitely is so sad and i really hope they will recover properly. And to the other person who you worried about just give him a good kick in the back side keep on top of him otherwise he will end up starting again lol